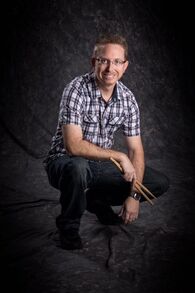 Mr. Brandon Miller has possessed a passion for drums and percussion for most of his life.  Mr. Miller grew up in Chino Hills and became a member of the prestigious Ayala High School Drumline and a drummer for Jazz Band. After graduating high school, he enrolled at Fullerton College as a Music Major and received his Bachelor of Music degree in Percussion Performance at Chapman University. Mr. Miller completed his Master of Music degree, with a focus in Jazz Studies at CSU Fullerton's graduate program and became a credentialed teacher in 2013.

Throughout his career, Mr. Miller has performed in a vast array of ensembles including symphony orchestra, concert band, wind ensemble, chamber orchestra, jazz big band, new music ensembles, chamber groups, percussion and jazz combos and has had the privilege to share the stage with luminary artists.